Soon, passengers of Koleje Małopolskie will be traveling by trains powered by green energy. During the 11th Railway Congress in Warsaw, the carrier owned by the Polish Lesser Poland region signed a letter of intent in this matter with PKP Energetyka which coordinates the implementation of the sectoral Green Railway Program. Thus, Koleje Małopolskie declared its willingness to purchase traction energy generated by solar and wind power plants.
Koleje Małopolskie (Lesser Poland Railways) is a company responsible for regional and agglomeration transport within Polish region of Lesser Poland (Małopolska) and the Kraków agglomeration. It connects the second largest city in Poland, Kraków, with Tarnów, Nowy Sącz, Wieliczka, Bochnia and the airport in Balice, among others. In the “pre-pandemic” year of 2019, the carrier transported nearly 6.5 million people, which accounts for about 50% of all regional and agglomeration railway passengers in Małopolska. The company uses only modern electrically-powered rolling stock, providing ecological and energy-efficient transport. However, still nearly 75% of the traction energy powering the trains is generated at power plants burning coal and lignite. This will change soon - pursuant to the letter of intent signed today by the representatives of Koleje Małopolskie and PKP Energetyka, work will be commenced on an agreement specifying the rules of supplying the carrier with traction energy from renewable sources. This will bring it much closer to achieving climate neutrality, effectively reducing the carbon footprint of its core business and ultimately reducing carbon dioxide emissions into the atmosphere by as many as 18,000 tons per year. To neutralize this amount of CO2, it would be necessary to plant nearly 3 million trees each year.
The transition of Koleje Małopolskie to green energy is conducive, inter alia, to implementing the objectives of the “Małopolska 2030” Voivodeship Development Strategy. This document contains a whole range of pro-environmental and pro-climate objectives - including increasing the use of the railway in regional transport above the level of 11.3 million in 2018, decreasing the total concentration of PM 2.5 in the air, and increasing the share of RES in the total energy production in the region compared to 7% in 2018. 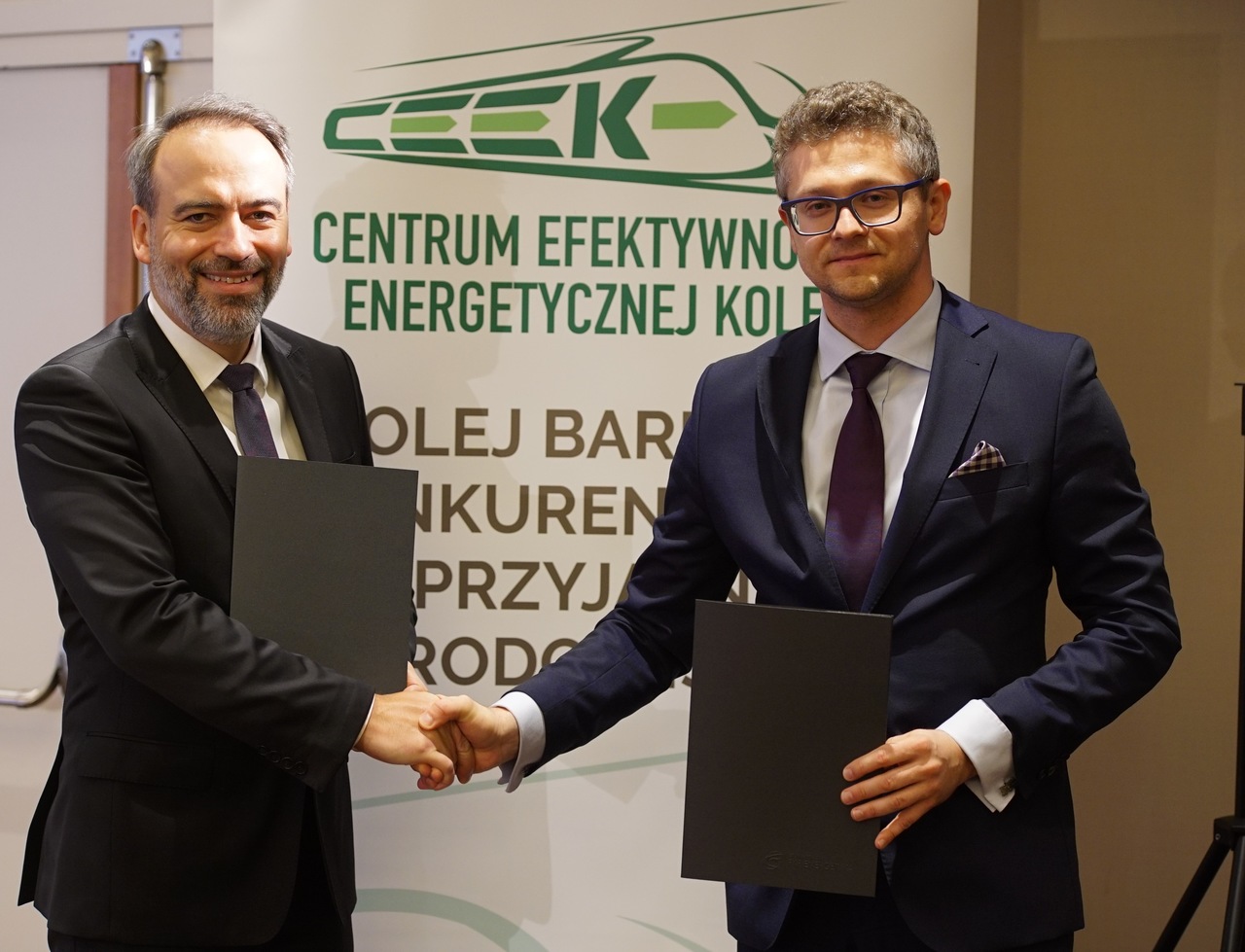 “We want the modern, ecological railway to be the first choice means of transport for the residents of Małopolska. It is a recipe for many problems currently facing cities and regions. The transition of Koleje Małopolskie to green energy from renewable sources will make it even more attractive for passengers, thus reducing road load and improving the air quality” - says Deputy Marshal of Małopolska Voivodeship, Łukasz Smółka.
The Green Railway Program, joined by Koleje Małopolskie, is a unique initiative of the Polish railway industry operating within the framework of the Centre for Railway Energy Efficiency (Centrum Efektywności Energetycznej Kolei, CEEK). It brings together entities responsible for about 95% of consumption of railway traction energy in Poland. The objective of the Program is the transition of the carriers operating on the Polish railway network to energy generated from renewable sources. According to its assumptions, in 2025 the share of RES in the railway energy mix is to be 50%, in 2030 - 85%, and ultimately 100%. Participation in the program is declared by other railway passenger and freight carriers. Letters of intent in this matter were also signed by PKP Energetyka with DB Cargo Polska, CTL Logistics, Łódzka Kolej Aglomeracyjna, Koleje Śląskie, Koleje Mazowieckie, ECCO Rail, Raildox and STK. Together with the regional carrier from Małopolska, these entities are responsible for transport, in total, of about 31% of passengers and almost 22% of goods on the Polish railway on an annual basis. 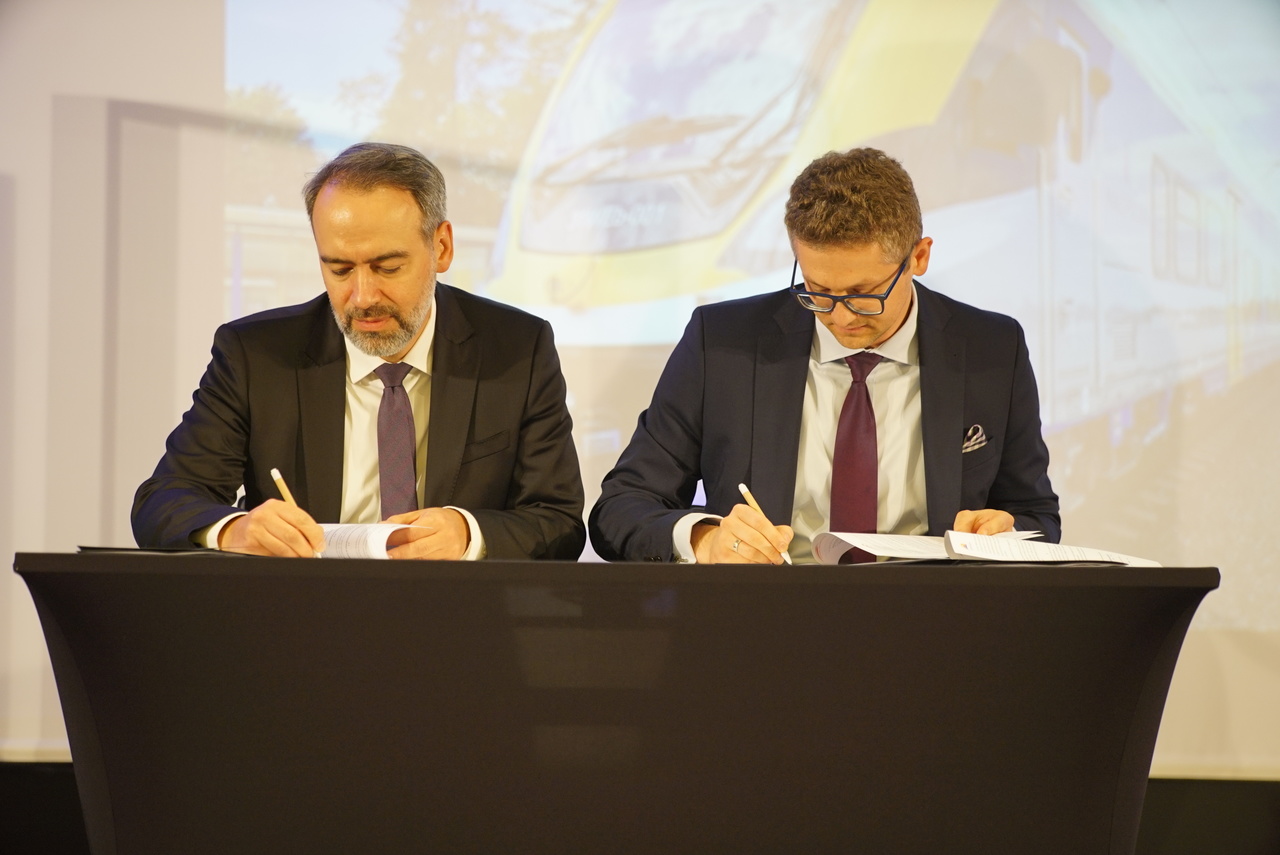 “Koleje Małopolskie in the Green Railway Program means excellent news for our passengers. They already use environmentally friendly electric vehicles, but the transition to green traction power will mean reducing the carbon footprint of our transport activity. We strive for making Koleje Małopolskie a climate-neutral carrier - and minimizing the adverse environmental impact of transport is, in fact, one of the greatest challenges facing both central and regional governments. Thanks to our cooperation with PKP Energetyka, we will be able to offer the residents of Kraków and the largest cities in Małopolska modern and fully environmentally friendly mobility” - stresses President of the Management Board of Koleje Małopolskie, Tomasz Warchoł.
“Electromobility powered by renewable resources is a method to organize transportation in a modern way. It is also a solution in line with the climate goals, the implementation of which is crucial in the face of ongoing climate change” - says Leszek Hołda, member of the Management Board of PKP Energetyka. “I am glad that Koleje Małopolskie is the next carrier joining the Green Railway Program, thanks to which passengers also in Małopolska will be able to use climate-neutral transport” - he adds.
In addition to the agreement concerning the Green Railway Program, the representatives of Koleje Małopolskie and PKP Energetyka signed a letter of intent containing a declaration of establishing cooperation on the selection, installation and operation of photovoltaic installations which will be located on the infrastructure belonging to the carrier. Thanks to this, it will be able to produce non-traction electricity from the sun and use it for its own purposes. This will further reduce the carbon footprint of Koleje Małopolskie and provide the company with savings on energy consumption from the network.
Photo: Koleje Małopolskie, Kongres Kolejowy

“Rzeczpospolita”: Railway is the industry that will undergo green transition the fastest   15-06-2022